How do they prove BAC at time of driving? (California DUI)

BAC is the blood alcohol concentration. It is the measure of alcohol in one’s blood. The measurement is converted to a percentage of a person’s blood. Ethyl alcohol is the alcohol we drink. It is absorbed and distributed by the blood. For a chart of the progressive effect of alcohol, including when one reaches mild euphoria, see here.

How does the officer get your BAC? There are 3 ways that law enforcement get the BAC: by breath, blood, or urine. A blood sample will be the direct way of getting BAC (it is a test of alcohol in the blood, afterall). A sample by breath or urine will have to be converted with a formula to estimate the BAC. Breath test is the most common way to get BAC, but it is not the most direct way to get BAC. It is the most common because it is the portable and convenient option. Thus, the use and accuracy of the breath sample to calculate the blood alcohol can be attacked in the defense. 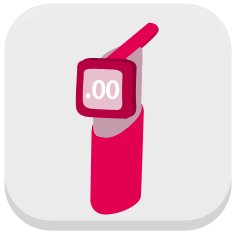 How to show drinking “while” driving: Retrograde extrapolation

Under this code, the prosecution is able to link the BAC test result to time of the driving without much effort. A driver who tested .08% or more BAC is presumed to have had .08% or more at the time of driving (if the test was taken within 3 hours of driving). The burden then shifts to the defense to refute this presumption.

See a video on Youtube on How Breathalyzers Work: